Sheffield Children’s NHS Foundation Trust which is one of only four dedicated children’s hospital trusts in the UK and provides integrated healthcare for children and young people, including community and mental health care as well as acute and specialist services. 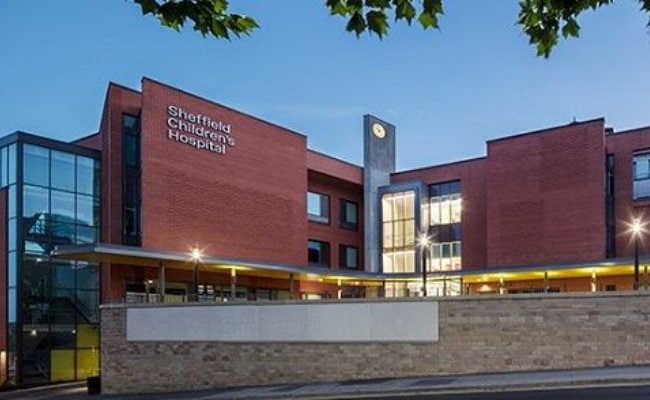 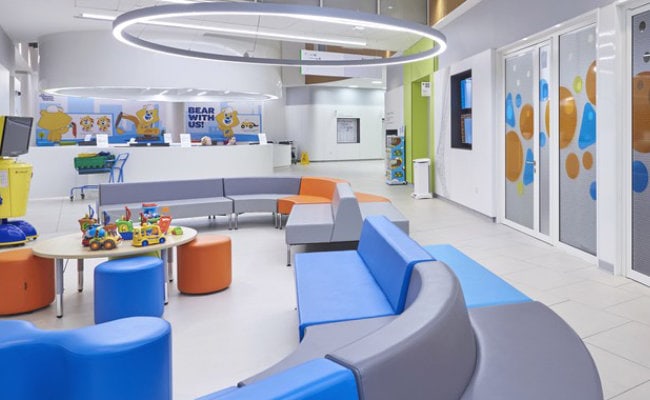 There were four electronic, networked access control systems in operation on SCH premises. These were G4s Symmetry which was closed protocol and Paxton Net2 which is open protocol. Users are identified at access points by presenting a token to a reader.

All systems are operated by the same HID proximity staff identification cards. Which are controlled from HID with a specific Sheffield Children’s Hospital site code embedded in the 32-bit number string in the card. Each member of staff has an identity card which is given access rights to go through electronic locked doors. The Trust was using Paxton Net2 Professional Version with 3 separate databases.

CCSS submitted a tender for the works where the solution put forward was to remove the 139 G4S door access equipment and replace it with Paxton Net 2 equipment.
The Paxton solution was selected as the preferred solution for three main reasons:

The three databases were cleansed and added to the new equipment and one centralised database created which could be accessed by any authorised user across the trusts network in any of the 12 remote sites offering higher levels of security, functionality and auditability.

An installation plan was agreed working closely with staff at all levels to ensure that work was undertaken with due care and attention to the clinical needs of the departments where the work was taking place. This meant some early starts and late finishes to accommodate the individual needs of each department and ensure installation was carried out with no disruption to the operations of the hospital staff.

Upon undertaking the project additional areas where identified where Paxton’s Net2 Entry system was integrated into the networked solution to offer access control and video door entry in one stylish unit.

Have A Question? Get In Touch

We use cookies on our website to give you the most relevant experience by remembering your preferences and repeat visits. By clicking “Accept All”, you consent to the use of ALL the cookies. However, you may visit "Cookie Settings" to provide a controlled consent.
Cookie SettingsAccept All
Manage consent

This website uses cookies to improve your experience while you navigate through the website. Out of these, the cookies that are categorized as necessary are stored on your browser as they are essential for the working of basic functionalities of the website. We also use third-party cookies that help us analyze and understand how you use this website. These cookies will be stored in your browser only with your consent. You also have the option to opt-out of these cookies. But opting out of some of these cookies may affect your browsing experience.
Necessary Always Enabled
Necessary cookies are absolutely essential for the website to function properly. These cookies ensure basic functionalities and security features of the website, anonymously.
Functional
Functional cookies help to perform certain functionalities like sharing the content of the website on social media platforms, collect feedbacks, and other third-party features.
Performance
Performance cookies are used to understand and analyze the key performance indexes of the website which helps in delivering a better user experience for the visitors.
Analytics
Analytical cookies are used to understand how visitors interact with the website. These cookies help provide information on metrics the number of visitors, bounce rate, traffic source, etc.
Advertisement
Advertisement cookies are used to provide visitors with relevant ads and marketing campaigns. These cookies track visitors across websites and collect information to provide customized ads.
Others
Other uncategorized cookies are those that are being analyzed and have not been classified into a category as yet.
SAVE & ACCEPT
Scroll To Top